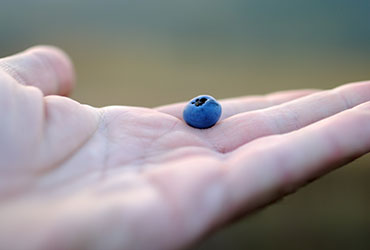 There are two main types of Blueberry grown in N.Z. They are:
High Bush a native to the north-eastern areas of the USA, These make up most of the early plantings in N.Z. They are the earliest berries to ripen and with the addition of N.Z. bred cultivars can start fruiting from mid November and continue through to mid February.
This requires a mix of cultivars. The bushes are deciduous and can grow to 6 meters high if unpruned.

Rabbit Eyes these are a native of the south-eastern USA, the rabbit eye bush differs in several ways from the high bush, they are evergreen, more vigorous and yields are usually higher. In N.Z. these make up with N.Z. bred cultivars the main producer of late season fruit, starting production early January and continuing to mid April.

Blueberry Plantings are relatively expensive to establish when compared to short term crops, but they remain productive for a long period of time. You should plan carefully when preparing to establish a blueberry orchard. Carefully consider site, varieties, water requirements source and quality, harvesting (picking labour source) and marketing.

Blueberries require acid well drained soils with an organic content of at least 3% and a pH of 4.0 to 5.5. The optimum pH is considered to be about 4.8. You should take a soil sample to determine the pH and the status of nutrients in the soil. Soils with a natural pH of above 5.5 are difficult to adapt to blueberry growing and you should avoid them. On the other hand cultivated land that has been limed in the past may have an artificially high pH, which can be lowered by adding sulphur. As sulphur takes a considerable time to break down and adjust the pH you should do this at least 6 months before planting.

Low-lying areas with a high water table are not recommended, but you can use such sites if the water table stays at least 600mm below the soil surface year round. If you plant blueberries on poorly drained soils where the water table is less that 600mm, you should form raised beds of between 150-200mm high. Blueberries do not tolerate standing water or grow well in excessively wet areas.

Blueberry plants require 25-50mm water per week during the growing season. Newly established plants have the most critical water needs and can be damaged by either over or under watering. Short periods (one to three weeks) without rain can stress plants severely. Irrigation during these periods is required to ensure optimum plant performance. Trickle irrigation is the most common system that growers use. The recommended rate is 35-50L per plant per week, which may be divided into three applications. Water requirements increase as the plants age and grow and vary due to soil type, organic mater and natural climate conditions.

Proper selection of varieties will determine to a large extent the profitability of the blueberry operation. First decide on the market that you will aim your production for.

Plants are usually ordered from Nurseries during October to be propagated during the summer from softwood cuttings. These are supplied to the grower the following May to July as small plants in 25X25 pots (tubes). They need to be potted up into PB 5 planter bags or grown in beds the following summer before being planted out in the field the next Autumn/winter, these are then considered to be two year old plants. Some nurseries will supply them as 2 year old plants if required.

Weed control during the first two years after planting out is probably the most difficult problem in establishing a blueberry orchard. Weeds compete with blueberry plants for water, nutrients and sunlight. Weed control should begin the summer before planting by using a combination of herbicides and cultivation. Planting rows should be thoroughly worked (rotary hoed or similar) and weed free at the time of planting. You should maintain a weed free strip 1.2 meters wide centred on the middle of the row at all times.
Mulching with organic materials such as saw dust or pine bark is expensive but very beneficial. Mulching helps keep weeds under control and the soil moist and cool. As the mulch deteriorates it adds organic mater to the soil and creates a favourable environment for root growth, but can cause damage from root exposure if it is not replenished.

This can be a major problem for blueberry growers with most common birds soon finding a new source of food. On a small-scale operation this can mean up to a complete loss of crop if no preventative measures are taken. Bird scaring devices give a measure of short-term control. Bird Guard netting as used by the grape industry can be used or a completely netted enclosure constructed.

After planting in the field as two-year-old plants you should remove all the flower buds the first two seasons to help the plants become established. The third season the plant should be allowed to carry a small crop. Production will double every year until the plant reaches maturity and will then be subject to the various seasonal influences. A mature block can produce in excess of 10,000 kgs per Ha.

This information is provided by Graeme Kimber and is intended for information purposes only for any one considering growing blueberries commercially. No responsibility will be taken for the accuracy or otherwise of any information included.