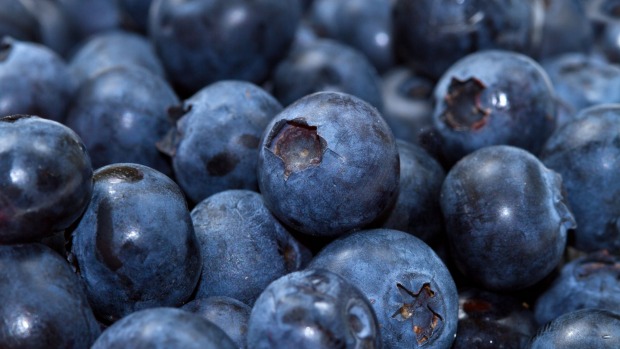 Blueberries were found to improve the thinking performance of adults in a recent study.

Blueberries, given in the form of a powder, were found to improve the thinking performance of 47 adults aged 68 and older who already had mild cognitive impairment, a risk factor for Alzheimer’s.

A similar effect was not seen when volunteers were treated with a “dummy” placebo powder that was inactive.

Scientists plan to follow up the small preliminary study with a younger group of participants, including some considered to be at increased risk of the condition.

Lead researcher Robert Krikorian, from the University of Cincinnati in the US, said: “There was improvement in cognitive performance and brain function in those who had the blueberry powder compared with those who took the placebo.

“The blueberry group demonstrated improved memory and improved access to words and concepts.”

The results were presented at the 251st National Meeting and Exposition of the American Chemical Society in San Diego, California.

Blueberries are packed with antioxidants and may lower the risk of heart disease and cell damage linked to cancer, it is claimed.

A second study included 94 people aged 62 to 80 who did not have measurable cognitive decline but reported experiencing memory loss. They were tested with blueberry powder, fish oil and a placebo.

The results showed some thinking improvement for those given blueberry powder or fish oil, but little effect on memory.

One explanation might be that these participants had less severe issues than those in the first study, Krikorian said.

The future research will involve people aged 50 to 65 including individuals who are obese, or have high blood pressure or cholesterol and considered at higher risk of dementia.

One of the few naturally blue-hued foods humans eat, blueberries are packed with antioxidant power, which comes from high levels of anthocyanins, a type of flavonoid or plant compound. They also contain significant amounts of micronutrients and fibre.

Blueberries have also been shown to improve insulin sensitivity in overweight men and women, and lower blood pressure levels in pre-diabetic men and women without raising blood sugar.

The key may be the anthocyanins, which have been shown in several laboratory-based animal and cell studies to cause blood vessels to relax and increase production of nitric oxide that helps in maintaining normal blood pressure.

The resveratrol found in blueberries may help prevent macular degeneration, a disease of the retina and the leading cause of blindness in people older than 65, according to vision researchers at Washington University School of Medicine in St Louis.

Like the cranberry, blueberries might help prevent bladder infections by preventing bacteria from attaching to the walls of the bladder, according to the National Institutes of Health.